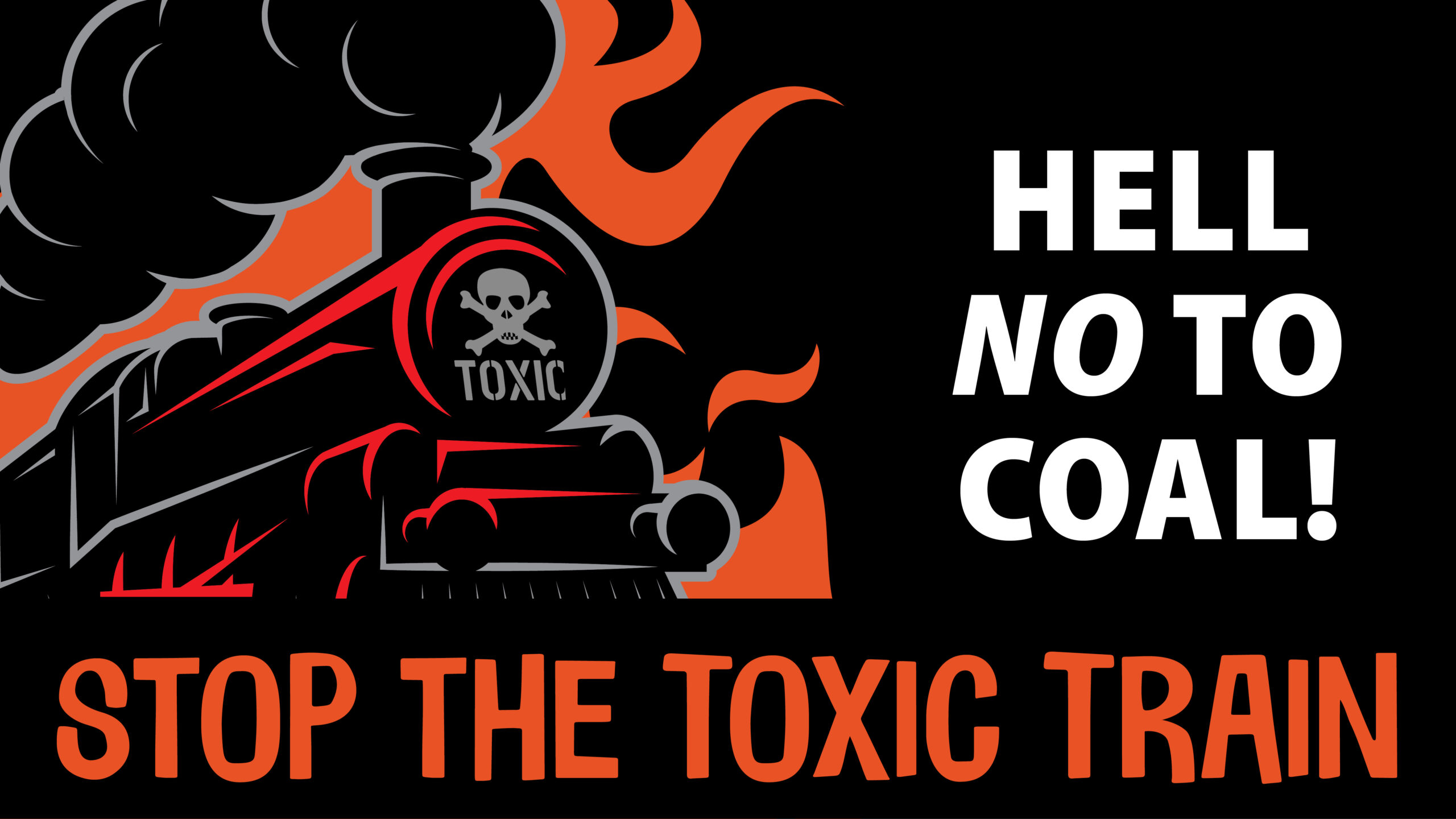 An Urgent Message from Mike:

I never thought I would need to reach out and urgently ask for your help on an issue like this. This news is just breaking.

A secret, clandestine operation – hiding behind an anonymous LLC out of Wyoming – wants to ship millions and millions of tons of coal from Montana, Utah and Wyoming to the North Coast utilizing the now defunct North Coast rail route. It would then be loaded onto ships, sold overseas and burned.

You read this right. An anonymous group of Big Coal supporters wants to ship trainloads of this stuff, one of the earth’s worst carcinogens and toxic pollutants, through our home towns, along our rivers and through our farmlands in Marin, Sonoma, Mendocino, Trinity and Humboldt counties.

To add insult to injury: They want to kill the Great Redwood Trail. We’ve made amazing progress on the trail over the past few years, which would run along that same old rail line – through ancient redwood forests and mighty rivers that are the drinking water sources for nearly one million residents.

We can’t stand for this. We must say HELL NO to Coal!

Please sign our petition today. We will forward this petition to the Surface Transportation Board, the federal agency that will approve or stop the toxic coal train in its tracks.

The secrecy behind the toxic coal train is completely offensive, as well as the fact these bad actors have met with some local officials quietly behind closed doors to make this toxic dream a reality – and now they have filed a request to stop the process that guarantees the build-out of the Great Redwood Trail and bulldozes a route for a toxic coal train. This is nuts.

This toxic train would run along the Russian River and the Eel River – the main source of drinking water for nearly one million residents and home to some of the most sensitive ecosystems on earth along with endangered species.

Coal is the dirtiest and most damaging source of energy out there, and the number one cause of global warming. Here is an example of what we can expect if this toxic train is not stopped: 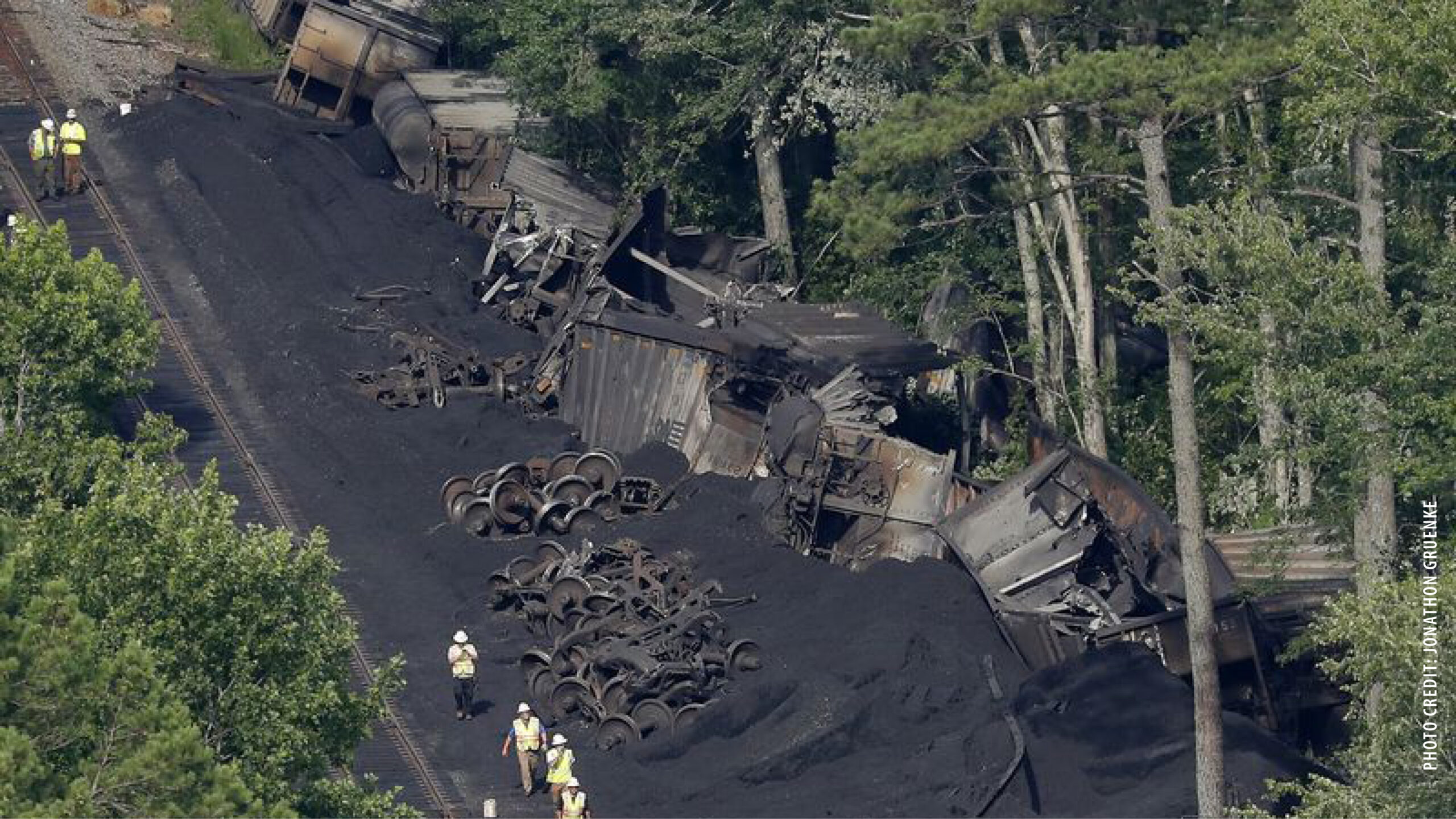 We CAN stop this – we’ve done it before!

We can’t sound the alarm loud enough. Please – sign the petition today to stop the Toxic Train here on the North Coast.

North Coast lawmakers have vowed to block a secretive plan to restore an abandoned stretch of defunct North Coast railroad to export coal overseas from Montana, Utah and Wyoming through the Port of Humboldt Bay.

State Sen. Mike McGuire (D-Healdsburg) called the proposed plan “one of the largest environmental threats” the North Coast has seen in decades.

“California banned coal-fired power plants for good reason,” McGuire said in a prepared statement. ”Coal is the dirtiest and most damaging source of energy out there. It’s the No. 1 cause of global warming and it’s the No. 1 contributor to our climate crisis. The people of the North Coast won’t stand for this. >>Read more

North Coast lawmakers are frantically trying to block a secretive effort to restore an unusable stretch of North Coast Railroad for high-volume coal shipments from the Powder River Basin in Wyoming and Montana to Humboldt Bay for export overseas.

A plan state Sen. Mike McGuire is calling the “toxic coal train” would allow transport of coal shipped through Utah and west from Sacramento and Vallejo through the North Bay along the SMART Train tracks and beyond to the port at Eureka. >>Read more

Unidentified coal companies appear to be behind a new backdoor effort to acquire the North Coast Railroad Authority’s right-of-way between Eureka and Willits and rehabilitate the defunct railroad, all so they can export coal to Asian markets via the Port of Humboldt Bay.

State Senator Mike McGuire calls this development “one of the largest environmental threats to hit the North Coast in decades.” >>Read more